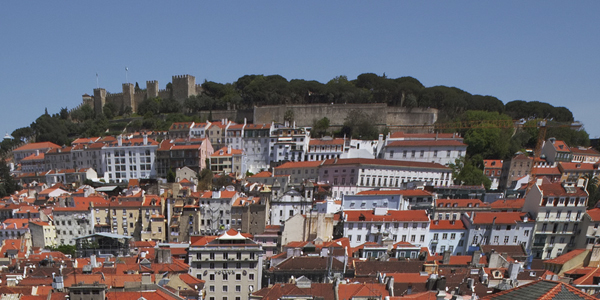 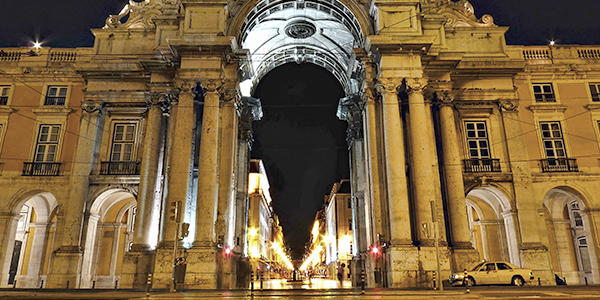 Lisbon, the city of the seven hills, is one of the oldest cities in the world. Julius Caesar made it a municipium called Felicitas Julia, adding to the name Olissipo. Lisbon was called many things over the centuries like Luxbona, Lixbuna or Ulixbone (hence the LX shorthand still used today). The city was ruled by a series of Germanic tribes from the fifth century and it was captured by the Moors in the eighth century. In 1147, the Crusaders under Afonso Henriques reconquered the city for the Christians and since then it has been a major political, economic, and cultural centre of Portugal.
Walking is the best way to wander around in Lisbon, cross its narrow streets, enjoy the views on the top of its hills and mingle with the population. For longer distances, public transportation is fast and cheap. And you can't miss the chance to ride one of the famous yellow trams. 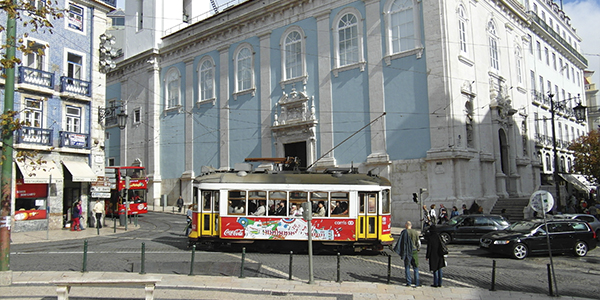 The Bairro Alto is one of the most characterful and attractive neighbourhoods in Lisbon. Small restaurants, Fado houses, bars, pubs and Cafés as well as some unusual, expensive design shops and art galleries are all around the narrow streets, lanes and alleys. Bairro Alto is the heart of Lisbon's youth culture and nightlife.
If you like to do some shopping, there are loads of small shops run by artists and designers, offering unique products. 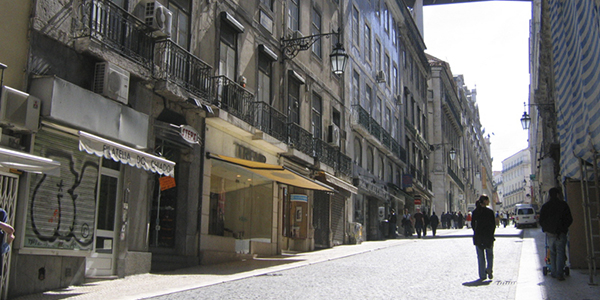 Chiado is the cultural point of Lisbon and an elegant shopping area with all sorts of facilities and street entertainment. Here you will find theatres, bookshops, museums, restaurants and famous Portuguese fashion houses.
The Carmo area, next to the Chiado, has some of the most fascinating historical sites in the city, such as the Convent and Church of Carmo, left untouched after the great earthquake of 1755 as a living memory. Carmo is connected to the Baixa Pombalina by the Elevador de Santa Justa, another of Lisbon's icons.
The Baixa is the city's downtown and traditional shopping district. Rua Augusta is the main artery of the Baixa Pombalina leading north from Terreiro do Paço, with its new esplanades, restaurants and nightclubs to the beautiful Praça do Rossio (Praça Dom Pedro V). 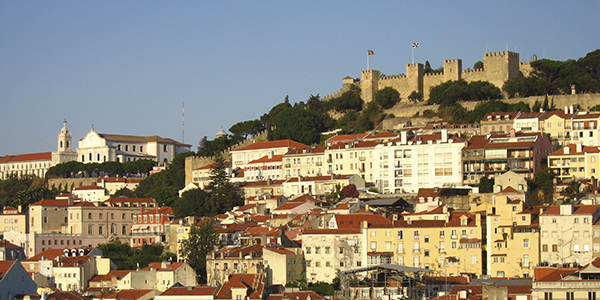 Alfama is Lisbon's oldest district, spreading on the slope between the castle and the river. It has many important historical attractions, with many Fado bars and restaurants.
Overlooking Alfama is the mediaeval Castle of São Jorge, offering the best views of the city.
In the slopes of Alfama there several other terraces (miradouros) from which to see the city, such as the Miradouro de Santa Luzia, near the church of the same name and the Miradouro das Portas do Sol.
Among the churches of Alfama are Lisbon's Cathedral - Sé, the oldest of the city, the Convento da Graça, the Monastery of São Vicente de Fora, and the baroque Church of Santa Engrácia, now the National Pantheon. 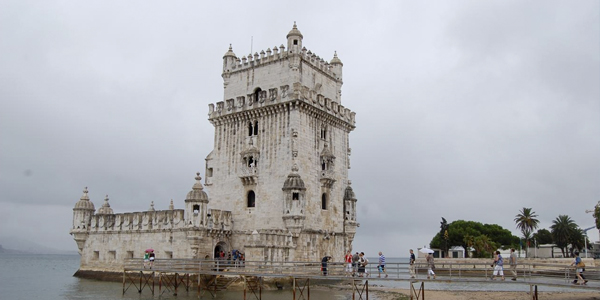 Belém is famous as the place from which many of the great Portuguese explorers set off on their voyages of discovery. In particular, it is the place from which Vasco da Gama departed for India in 1497.
Belém's most impressive monuments are Torre de Belém and the Mosteiro dos Jerónimos. Located in the wings of the monastery are the National Archaeological Museum and the Maritime Museum.
Belém's most notable modern features are the Padrão dos Descobrimentos and the Centro Cultural de Belém, an Arts complex, containing the Modern Art Museum Colecção Berardo. And you definitely can't miss the 1837's pastry shop, Antiga Confeitaria de Belém, where you can try the world famous, delicious custard tarts "Pasteis de Belém". 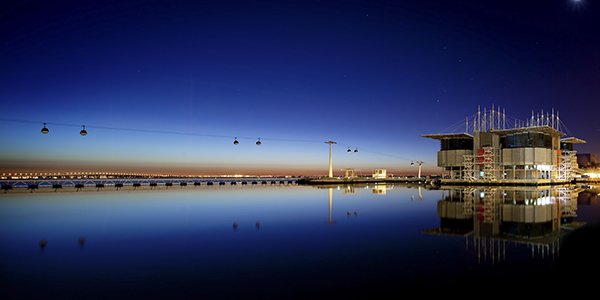 Parque das Nações is the area where our Venue is located. It was the site of the 1998 Universal Exhibition, which led to the urban development of this once industrial area. Impressive landmarks in this area are the Oriente Train Station, by Santiago Calatrava, and the Vasco da Gama bridge, the longest bridge in Europe (14km long!).
Places to visit in this area are the Oceanarium, the Casino, the Museu do Conhecimento (Science Museum). For an overview of the area, don't miss a ride on the cable cars. This area os also notable as a birdwatching spot further north, near the mouth of the Trancão River. 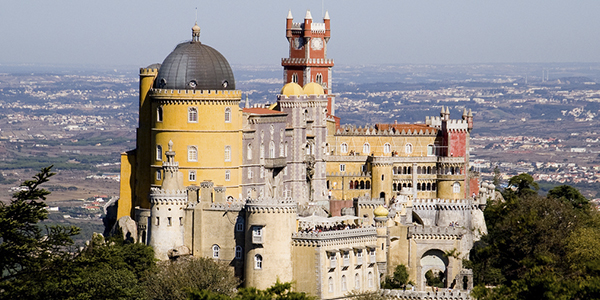 A must see in the surrounding area of Lisbon is the village of Sintra, considered one of the most beautiful villages in the world. Its 19th century Romantic architecture is a UNESCO World Heritage Site. The train ride takes about 40 minutes from the Oriente train station right next to the Venue.
Sintra's main attractions include the fairytale Palacio da Pena and the Castle of the Moors, with a breathtaking view of the Sintra-Cascais Natural Park, the National Palace and the Quinta da Regaleira. Another beautiful sight is the former fishing village Cascais, nowadays a popular vacation spot. Cascais can be reached by train from Cais do Sodré Station. You can visit the ruins of the Castle, the Sea Museum, as well as parks and the charming cobbled streets of the historic centre. Cascais is surrounded by popular beaches too, if you want to enjoy the sun.

If you flew to Lisbon, you'll need to get to the city from the airport. The best way now is to take the subway on the new subway station underneath the airport. The venue are is just 3 stops away (stop at Oriente station) and a ticket is just €1,40. You can charge it with cash or a few more tickets to get around the city while you're at UXLx. These tickets are valid on buses too. If you're carrying a lot of luggage, then maybe a Taxi is the best alternative. It's not something that makes us proud, but be warned that you can get ripped off by Taxi Drivers if you take one at Arrivals, so be sure to move one floor up and take it from Departures instead. If you came by train, then stop at Estação Oriente and you're already a stone's throw from the Venue.

The best way to roam about the city is to get a ticket on the subway. It's valid for buses too. Each ticket is €1,40 or you can get an unlimited daily ticket for €6. If you're planning to see some museums and other attractions, then your best option is a Lisboa Card, which you can use in every kind of transport around the city and will get you free admission to more than 80 museums and attractions. They cost €18,50 for 24h, €31,50 for 48h and €39 for 72h. You can even buy them online. Taxis are fairly cheap and will get you around the city for around €5 to €10 a ride. Please be aware that they can charge you extra for carrying big luggage or if you called them on the phone (+351 218119000).

You can get a SIM card from a lot of shops in Lisbon. The main networks are Vodafone, Optimus and TMN. A card will cost you about €10 but will include the same amount in calls, texts and data. Data charges on this are usually €1 per day per 30MB. There is free unlocked Wi-Fi at the Venue (Hotspot: UXLX). And our preferred hotel, Tryp Oriente, has free Wi-Fi too. Other than that, there are two main networks of Wi-Fi, the PT Wi-Fi which has many roaming agreements with other providers, so you can probably use it, and Fon which covers pretty much the entire city. There are several restaurants and coffee shops near the Venue offering free Wi-Fi. Just look for the sign near the window.

Don't have much time to get to know the city? Then the best way is to use the Sightseeing buses and trams. They run through all the sights in Lisbon and one of them even goes to Sintra for a half day. Or if you have a whole half-day, why not go on a walking tour? There's also a tram circuit which will drive you to the main hills of Lisbon and departs from Terreiro do Paço. There are also cruises in the river Tagus running in the afternoon. They depart from Cais do Sodré boat station (next to the subway station).

If you're into dancing, you should go to the Docas near Alcantara, a cluster of Bars and Dance Clubs near the river. From Cais do Sodré subway station just grab a bus, tram or train. The hottest dance clubs in town are Lux Frágil, near Santa Apolónia subway station and Urban Beach in Santos.
If you're more into bars and roaming in the streets of old town, then go to Bairro Alto. It can get a little messy particularly on the weekend but it's a lot of fun. If you want to experience genuine Fado, the city's traditional folk music, then go to Alfama. You'll find a lot of Fado houses near the top of the hill. Near the Venue you'll also find some great bars and dance clubs. Or if you're into it, why not visit the nearby Casino?

Lisbon is one of the safest cities in Europe, but we do have pick-pockets. As in any city, just be careful carrying your stuff in public transportation. Public healthcare is free if you come from within the EU, but you'll have to have your EU Health Card. If you run into any kind of trouble, the emergency number is 112.
Organizer: